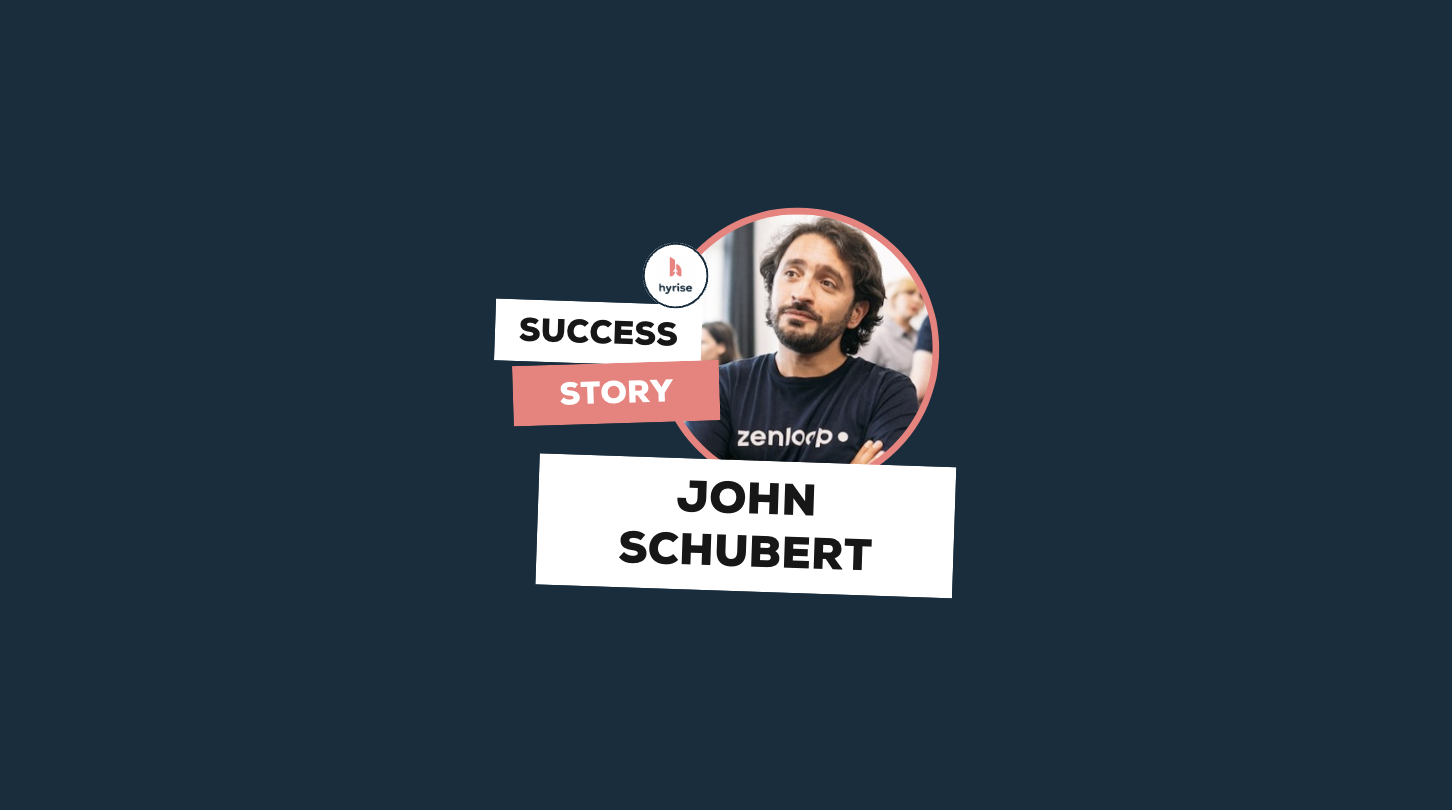 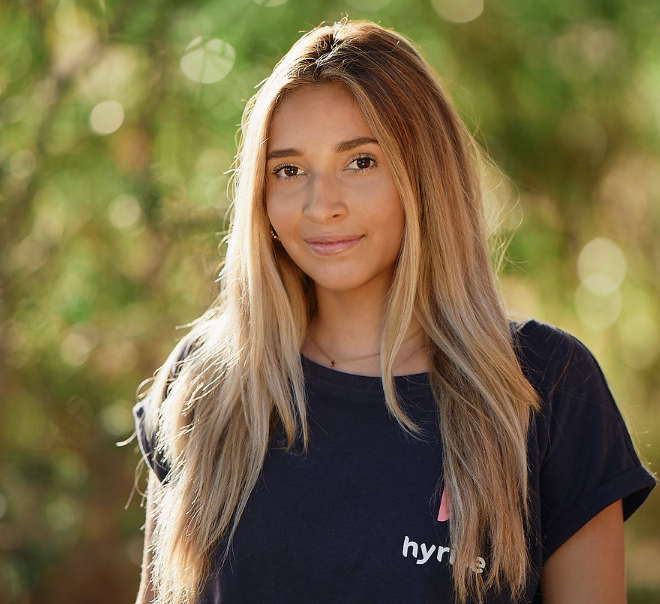 John is one of those instantly likable people, he won our 2021 funniest moment of the year. He was born in Leverkusen but has been living in Cologne for the past 15 years. Bouldering and martial arts belong to his favorite hobbies. A little fun fact about him is that likes to flip a coin when he needs to make a decision. He lets the universe decide.

He used to work in the gastronomy industry but his real passion was the tattoo world. So, he entered the tattoo industry slowly. John found a great tattoo artist from who he was determined to learn and be his mentee. Then he started his training to become a tattoo artist and learn from the best. Unfortunately, did his mentor have to leave the tattoo studio, which meant the end of his training. He could not find another tattoo artist that had the level of his previous mentor. Like a good perfectionist, he decided to put his dream of becoming a tattoo artist on hold because becoming a mediocre tattoo artist was not in his plans. He then started as a manager at tattoo studios. In 2020 the pandemic hit and his studio had to close down, at this point he was unemployed after having worked in the tattoo industry for 12 years.

In the beginning, he decided to enjoy the life of being unemployed but at some point, he started to look for  jobs, he encountered three main issues:

“I noticed I had to take a radical change in my career path if I wanted to find something that covered my priorities. I wanted to access to a rewarding career as quickly as possible where I could earn more money, to do what I loved, talking, listening, advising, and acting based on that.”

At this point, John was lost, he knew exactly what he wanted but did not know where to find it. Luckily, his friends recommended he checked out Hyrise and so his life-changing journey started.

John did some deep research on what tech sales was and on all of our competitors.

“I always had the perception that people that worked in sales always hid something and they just wanted to make money out of you, without really caring about your needs. But Hyrise totally changed my perception, they showed me the good side.”

Finally, John decided to join us because he immediately felt the support and transparency of our team.

John started to work at the post, so he could get a stable routine back and be ready to enter the job after Hyrise placed him. This was no easy task, as he had a night shift and then had to join the hyrise training in the morning.

“At the beginning, I started the long training but later decided to change into the short one, which was a lot more intensive. At that moment I did not know if I would make it. I was bombarded with information and tasks that I had never heard of. It was a tough time but it was totally worth it. I learned so much and had lots of fun.”

“I thought to myself, man this is really hard. Why am I doing this to myself? But I had a clear goal in mind I knew where I wanted to be. I knew I would be able to land my dream job thanks to Hyrise and the effort I put in. This reminder kept me motivated.”

John’s job search began. In the beginning, he interviewed at every company, he had nothing to lose. But he had one company targeted.

“Salesforce was the company that I wanted to work for. I thought at that time, that the bigger the company the better. I thought it would ease my job because when cold calling my prospects would sort of know the product I was offering. However, I did not get the job, which made me sad. ”

“Little did I know that success and fulfillment in your work are so unrelated to the size of the company.”

Then he got to interview at Zenloop. He connected with his future manager and decided to go for it. John knew it would be a tough place to start working at but he was sure it would be the best school for him. The Hyrise team supported him during his whole job search and in less than three weeks he got placed at Zenloop.

“My life has changed radically. Finally, I can use skills, like communication or teamwork, which were not valued in my jobs before. The company welcomed me and I felt integrated from the beginning by everyone in Zenloop. I finally found the job that covered all the priorities I had and that fulfills me every day.”

One of John’s favorite things about Hyrise was the diversity within the squad he got to work with. The fact that everyone had a different background but was there for the same reason served as a source of inspiration and motivation for each other.

“Everyone at Hyrise inspired us to be the best version of ourselves and to further develop ourselves even after landing the job. The time and effort invested in your wellbeing never hurt.”

Another of his favorite things about Hyrise was getting to know Dominic. The motivation, and inspiration that he transmitted made John want to conquer the world. He felt very supported during his whole journey by Dominic.

“Hyrise taught me how to better understand people, how they work and what impact someone can have on someone, and how to handle them. It also taught me that sales are like an emotional rollercoaster. You have amazing days and other not-so-great days and this is fine too. I learned how to deal with this.”

“Without Hyrise, I would not be where I am. Without Hyrise I wouldn’t have been able to change my life the way I did. My financial situation has immensely improved and I got to meet incredible people which I will never forget.”

“I would not have been able to grow personally and professionally to the point where I am right now without Hyrise.”

“Bring your coach to a “mental breakdown”. I’m just kidding, but really take advantage of this opportunity. Ask, ask & ask, any advice is valuable. If I had met Dominic in my 20s, today I would be the president of Europe :)”

“Take it seriously because it is a life-changing experience.”

Want to launch your career in Tech Sales just like John? Apply here. 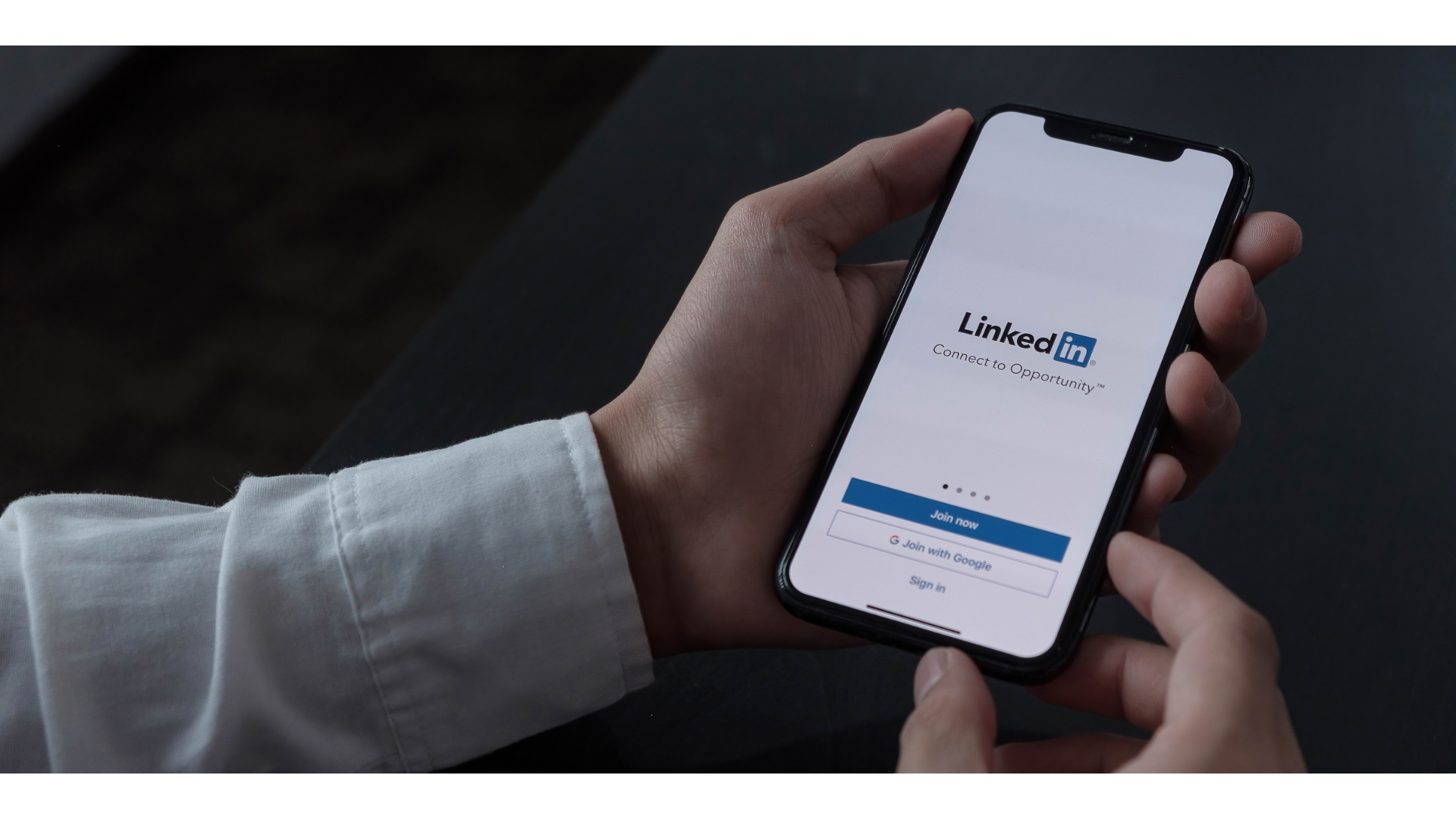 7 Steps to a perfect LinkedIn profile in 2022

LinkedIn is one of the most popular job posting platforms, and having a polished profile will help you find a job faster. In other words, it is key to your professional success. Check out our 7 steps to a perfect LinkedIn profile. 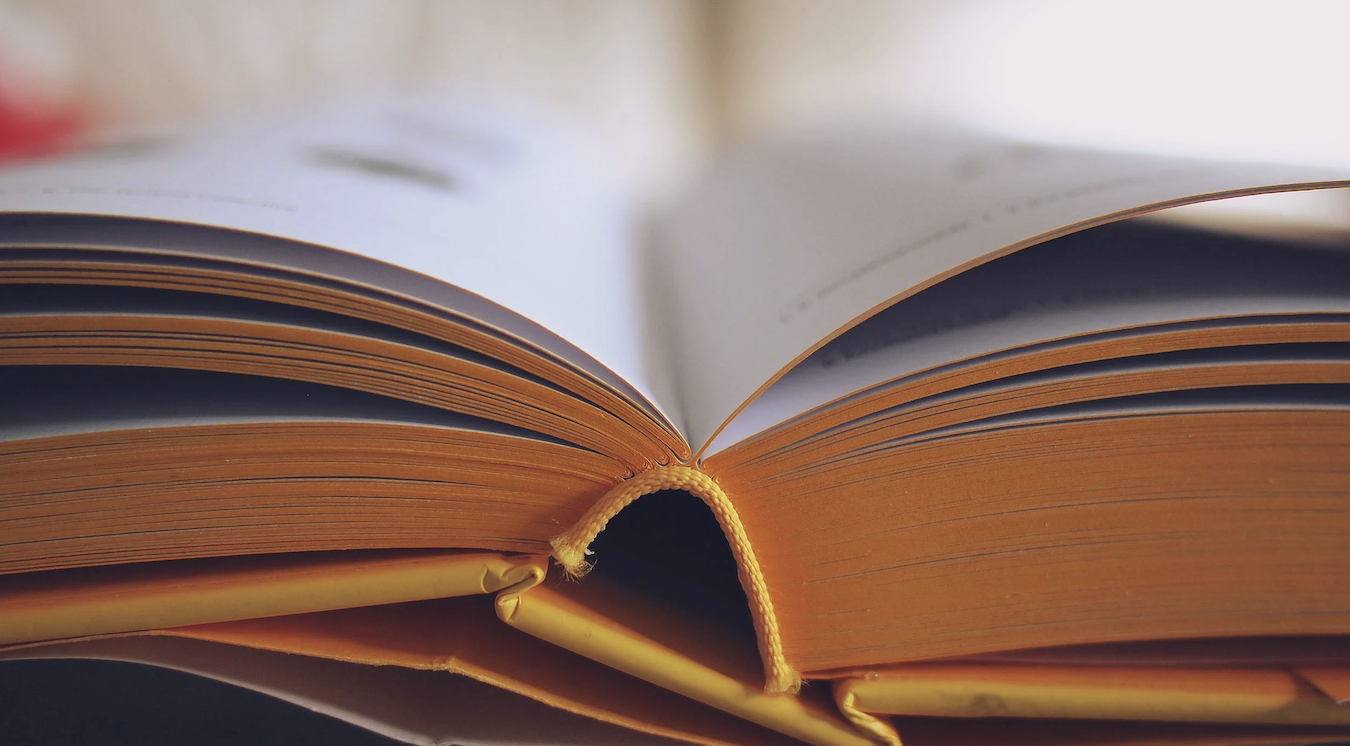 Besides being a great source of motivation and self-improvement, sales books also provide us with a much-needed opportunity to rest, reflect, and take a deep breath in the midst of our hectic schedules. For that reason, we were determined to find the top sales books out there. We asked our LinkedIn network to recommend the sales book that has had a big impact on their sales career and this was the outcome. 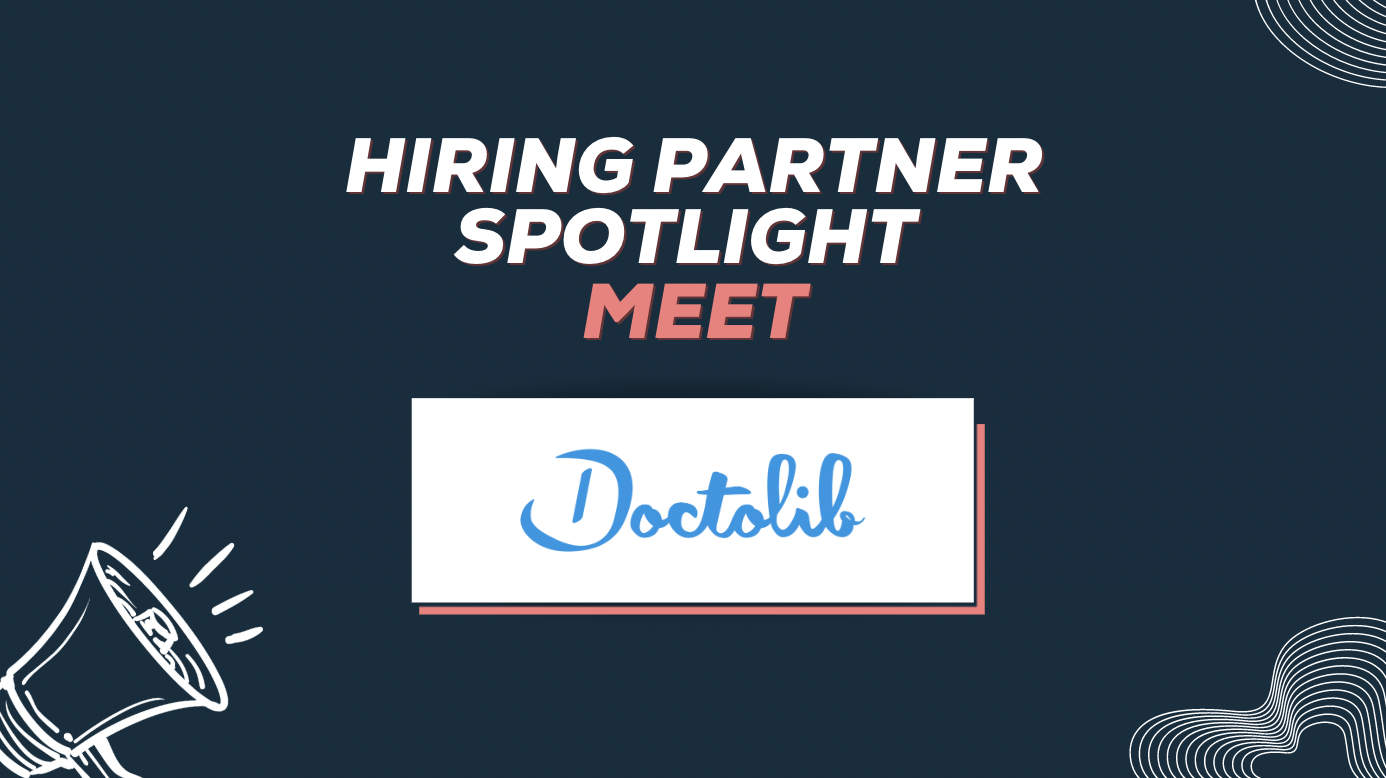 We had the opportunity to directly talk to one of the recruiters of Doctolib and get all the insights to start a career with them. Time to meet Doctolib!